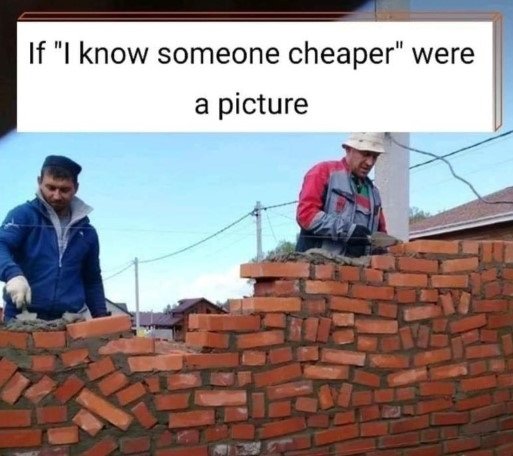 Anyone who runs a business will have heard the phrase “we’ve found someone who can do it cheaper”.

After all, it takes a lot of work to earn money and you want to know that you are getting full value for your Pounds, Euros or Dollar.

But I thought I’d have a go and see what it goes like when you buy cheap writing.

I decided to use one of the most popular freelance sites (I won’t say which one) and set a project.

I posted a project that asked for people to write a 600-word blog post called “6 things to think about when choosing a payroll system” and chose three writers to work with.

The replies began to ping into my inbox almost instantly which gave me a first clue.

Not all the people offering to do the work were writers!

I posted the project and within seconds I got proposals.

Now don’t get me wrong. They might well have been cruising the site and just pinged off an application but I’m suspecting not.

In fact I think they have a really clever bot that sends a standard application the moment a vaguely matching project gets posted.

Which means that the vast majority of applications I got were from people that weren’t really writers at all.

Frankly, if I wanted to get someone to do some copywriting for my accountants practice I’d want someone who did it at least part-time!

There were three different outcomes from the people I chose.

The first guy sounded the best and so I held out high hopes for him and sure enough 600 words arrived on time.

It was well written, made complete sense and I could tell that it was written by someone who really understood the subject.

Which is understandable because he’d stolen it off a website.

I put it through my plagiarism checker and guess what? He’d not even bothered to change a word.

Imagine the damage that would do to your business if you posted this and the original owner found out.

Number 2 was a lady who looked like she knew what she was doing. I sent off the brief and then waited.

So I sent her a message and asked what was up.

“Oh yes, some problems but I’ll get it to you tomorrow”

I sent another message but got no reply. Ever.

When you are working to a marketing plan it’s very very inconvenient if copy you expected doesn’t turn up.

I had high hopes for number three. After all we can’t have three duds in a row can we?

So this guy was a day late with the work, but at least he actually did it.

It wasn’t plagiarised and I could see why.

It included such gems as;

” So before making the system fully functional it’s functionality check should be carried out so that when it gets deployed in practical there are no chances of errors the working goes smooth.”

“There are a lot of advantages a Payroll system have like it gives much accuracy , saves time and all the things become automated so human resource is saved.”

What you can’t be doing is paying good money for content that you have to essentially re-write or constantly have to speelcheck (just my little joke).

Why quality copywriting is important for accountants

Any content you produce as an accountant (or for any professional service) is designed to show your competency in a particular field.

So if you are paying for content that isn’t accurate, well researched and grammatically correct then you are becoming a hostage to fortune.

Quality content does cost more, but employing an expert financial copywriter means that you’ll get work that you don’t have to check for accuracy and that will show your practice in the best possible light.

A great financial copywriter will also understand on-page SEO, which means that your posts are more likely to rank highly on Google.

Want to talk about financial copywriting?

Mail me, call me, fill in the form and let’s have a chat.

Get new articles as soon as they are published